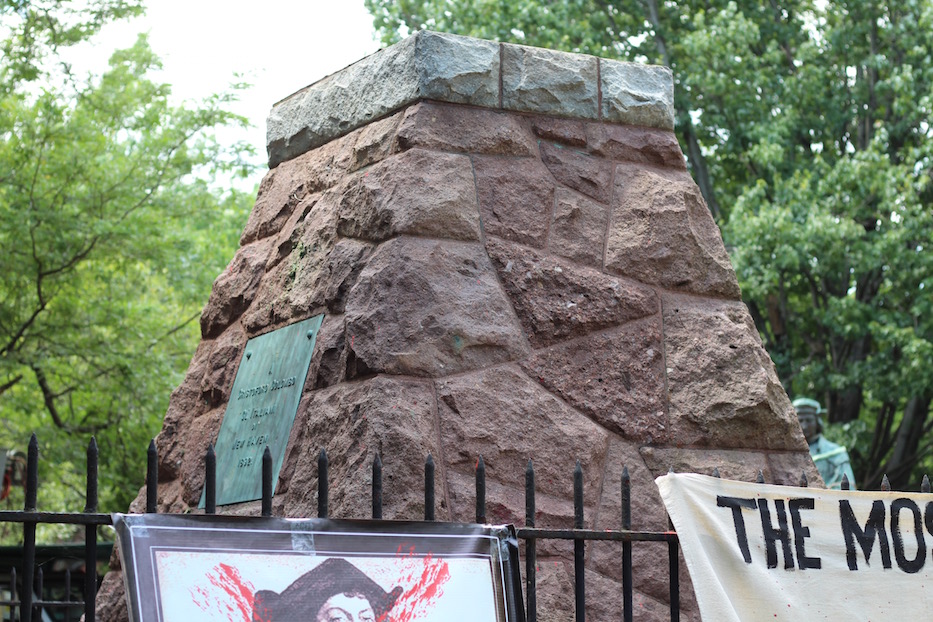 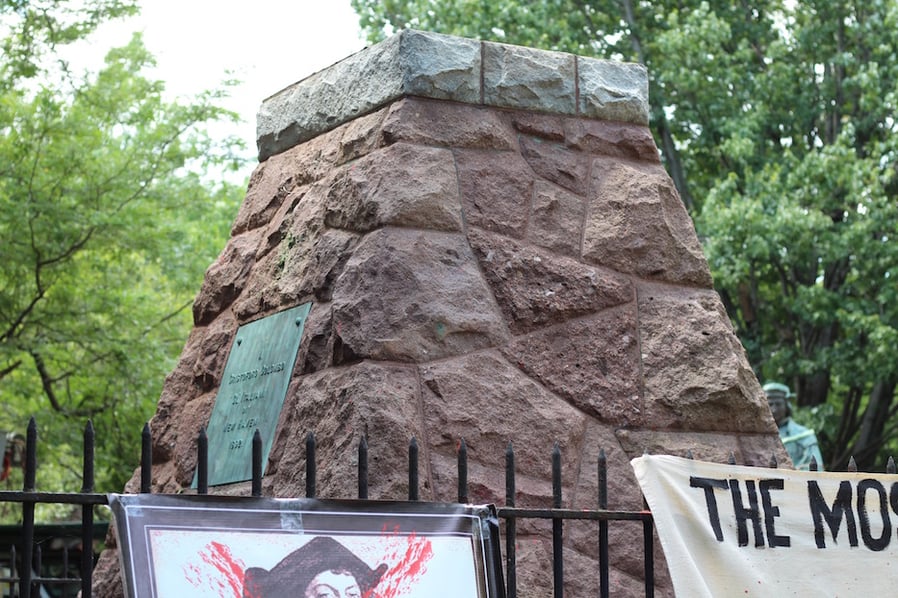 The pedestal, which will remain in the park, after the Columbus statue's removal on June 24. Lucy Gellman File Photo.

The committee charged with finding a new monument for Wooster Square now has over 50 ideas to work with—and may have 50 more before mid-October. Before it discusses any of them with the public, it is also sourcing ideas from its members.

That was the latest news to come out of the Wooster Square Monument Committee, a group of 24 people tasked with choosing a design to replace the statue of Christopher Columbus in Wooster Square. Since late August, the group has been meeting every other week on Zoom. Most members live, work, or worship in the neighborhood.

After two public meetings, a public hearing is scheduled for Oct. 8. The group is also still sourcing submissions from the community via email at woostersquaremc@gmail.com. The deadline is Oct. 12, which was recently named Italian Heritage Day by the city’s Board of Alders.

“The ideas are kind of varied, anywhere from a single, named individual to an immigrant family to a couple of abstract ideas like a slice of pizza,” said Committee Co-Chair Bill Iovanne, who runs Iovanne Funeral Home in the neighborhood. “So they are fairly wide-ranged. We’ve seen some patterns.” 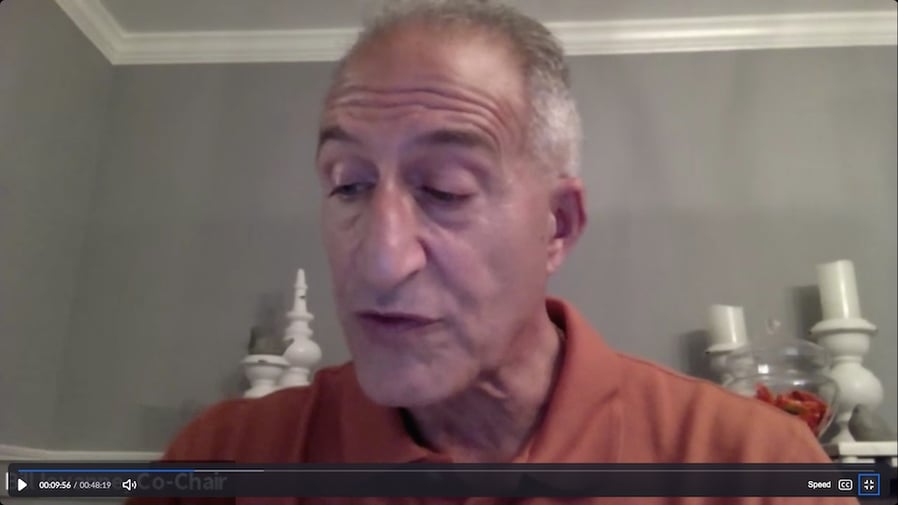 Bill Iovanne, who serves as co-chair of the Wooster Square Monument Committee. Screenshots via Zoom.

Iovanne remained fairly tight-lipped on those submissions, which are individually reviewed by a subcommittee to which there is no public access (“transparency is also extremely important to this whole group,” he maintained while declining to give details of the subcommittee meeting).

He did say that of the 50 or so suggestions submitted, only a few had come with artwork. Others included personal stories and short anecdotes on which he’s asked people to expand. He pivoted to the committee itself, where most members have yet to comment on what they envision for Wooster Square.

“What the committee eventually decides on may not look anything like what we’re talking about,” he said. “But it helps our imagination. So I ask you just to open your minds and share some thoughts.” 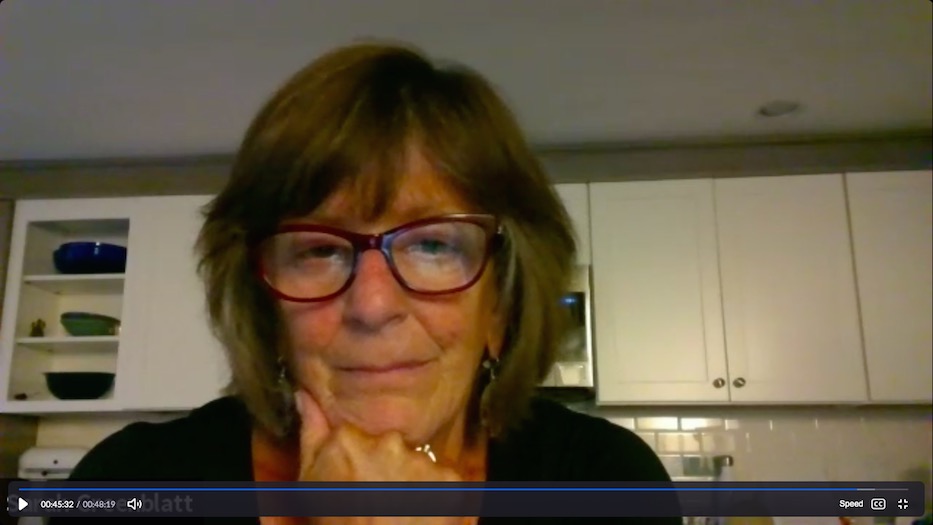 Sarah Greenblatt (pictured above), who lives in Wooster Square and is on the subcommittee, said she would like to see a sculpture in conversation with the small World War II memorial that is also in the square. That memorial sits close to Chapel Street and Wooster Place. She said the idea occurred to her last week, on one of her frequent walks through the square.

Fair Haven Heights Alder Rosa Ferraro-Santana suggested a semi-abstract stone sculpture of an immigrant family, with cloth sacks on their backs and faces that remained blank and without detail. Rheta DeBenedet, president of the Santa Maria Maddalena Ladies' Guild, said she'd heard from a number of people who supported the idea of a sculpture dedicated to the Italian immigrant experience.

"I'm thinking of going along with the suggestions of many people about having immigrants, or an immigrant, or a family of immigrants," she said. "I think that seems to be the consensus from a lot of people that I've spoken to."

“It just gives you an idea of what can be done with a piece of public art,” he said.

Economic Development Administrator Michael Piscitelli noted the recent installation of a seven-foot bronze statue of William Lanson on the Farmington Canal. Lanson was the city's nineteenth-century "Black governor" and engineer of New Haven’s Long Wharf, sections of the Farmington Canal and the city’s first integrated neighborhood in what is now Wooster Square. Over the summer, there were also efforts from The Lineage Group to rename Wooster Square in his honor.

Piscitelli urged members to think critically about the story they wanted a work of public art to tell. He praised Lanson sculptor Dana King for using her work as a teaching tool and suggested that an artist in Wooster Square could do the same. 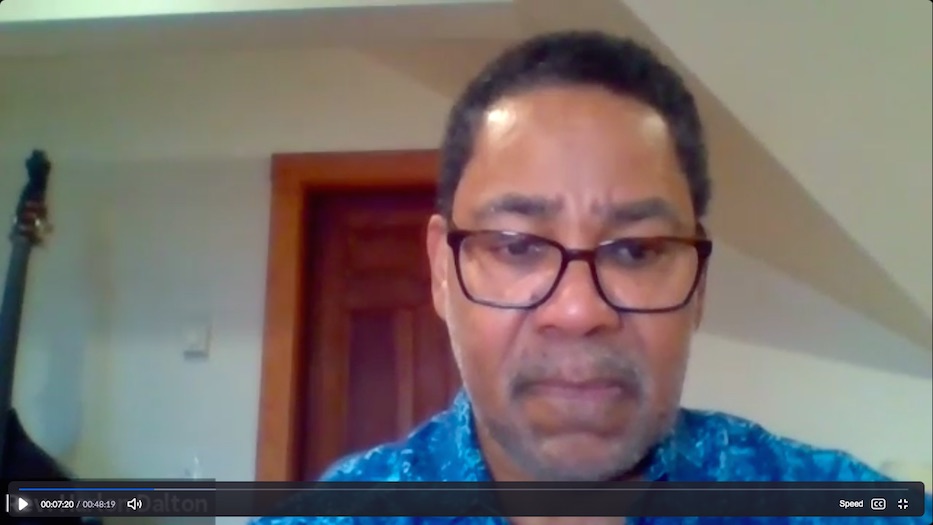 The Rev. Harlon Dalton, subcommittee chair and priest at The Episcopal Church of St. Paul & St. James, reminded fellow committee members that any design they choose is not specifically final. He said that when the subcommittee has a total count of submissions on Oct. 13, it will read through them all and place them into thematic categories. He stressed that the subcommittee planned to take its time in making any decisions.

“One thing that we are bearing in mind is that this isn't a contest,” he said. “We’re not looking for the winner, the winning submission. Rather, these are ideas that will help the whole community eventually decide what’s the best public art to put into Wooster Square Park.”

“But Not Our Day”

Committee members had one more suggestion on their minds: getting Italian Heritage Day on the New Haven Public Schools’ calendar, in a spot that is currently occupied by Indigenous Peoples’ Day. The city’s schools observe Indigenous Peoples’ Day on Oct. 12, a move that is in lock step with 12 states, the District of Columbia, and dozens of cities across the U.S.

Now a small group of alders is trying to change it to Italian Heritage Day in keeping with their vote earlier this month. In June, the New Haven Board of Education voted to officially change Columbus Day to Indigenous Peoples’ Day on the district-wide calendar, on the same night that it voted to rename Christopher Columbus Family Academy on Blatchley Avenue.

“We didn’t want that to happen,” said Ferraro-Santana. “We are going to select another day on a calendar that gives the Indigenous people [a day]. But not our day, which is the 12th.” 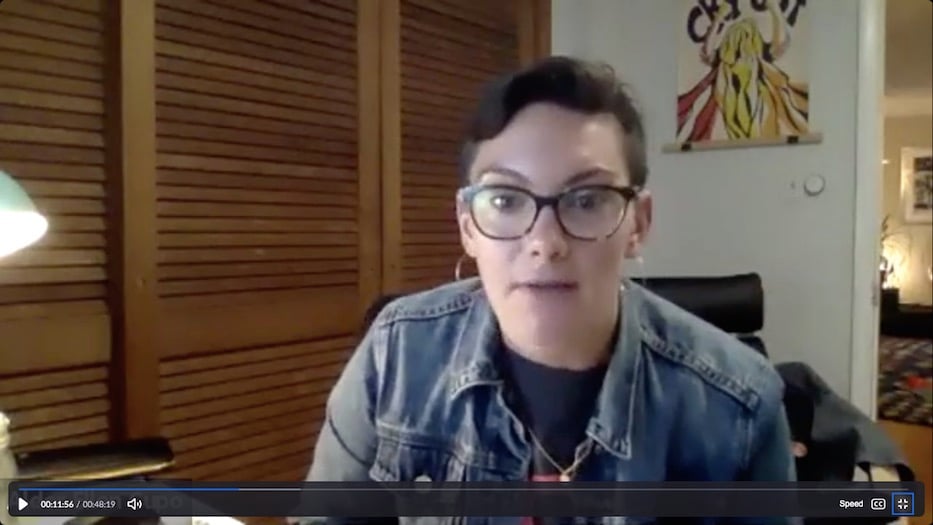 Wooster Square Alder Ellen Cupo, who said she would work to get the word out about the committee's Oct. 12 deadline.

When cities change Columbus Day to Indigenous Peoples’ Day, the shift is usually intended to reorient the narrative around the land's original occupants rather than early followers of settler-colonialism who displaced them, often by genocide and physical force. The date is different from the International Day of the World's Indigenous Peoples, which the United Nations placed on Aug. 9 in 1982.

Some cities have also pointed out that the October date is arbitrary: President Benjamin Harrison created “Discovery Day,” which became Columbus Day, in October 1892 in an attempt to court Italian immigrant votes. He lost the election.

Frank Carrano, who supported the initial removal of the Columbus statue in June, praised Ferraro-Santana’s efforts.

“It seems to me that if this is now a day that is being celebrated by the City of New Haven, that all departments of the city should follow the same practice,” he said. “I hope you do follow up on it. I think it’s something that’s important for the schoolchildren to understand and appreciate and celebrate our Italian heritage.”

Ideas and suggestions for the new monument may be submitted to the subcommittee by email to woostersquaremc@gmail.com by midnight October 12, 2020.