Thabisa Heads To The Main Stage 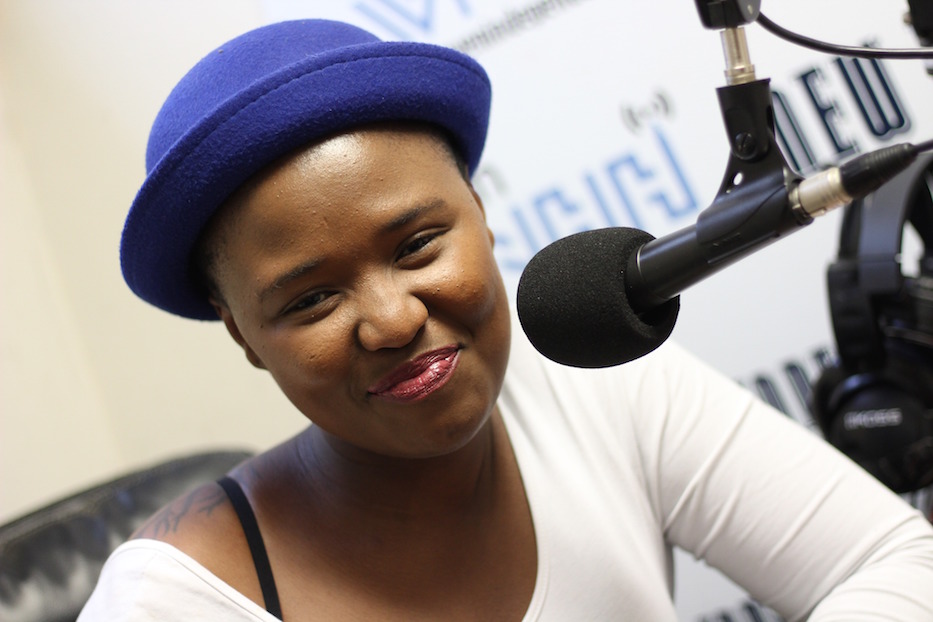 When Thabisa Rich takes the main stage at the International Festival of Arts & Ideas this weekend, she won't think of it as wish fulfillment. She's seeing it as goal fulfillment for a city she's come to love.

Drawing from artists including Miriam Makeba, Brenda Fassie, Ella Fitzgerald, Billie Holiday, Lucky Dube and others, Rich will take the main festival stage this Saturday evening at 7 p.m., performing before local artists Rohn Lawrence and Marion Meadows. More information for the performance is available here; a podcast with her and the author is at the bottom of the article.

“My music is a little bit of everything,” she said in a recent collaboration between the Youth Arts Journalism Initiative and WNHH Community Radio (listen below). “Pop, jazz, sometimes rock. And soul. Mainly soul. I prefer to call my music soul, and a fusion of all those sounds.”

The journey to get to the main stage has been several years, if not decades, in the making. As a kid in South Africa, Rich fell in love with the music of “Mama” Miriam Makeba and Brenda Fassie, the latter of whom she referred to as the “Madonna” of South Africa.

“Her music spoke to me,” she recalled of Fassie. “She spoke to us as kids. She said things like: ‘If you want to make your dreams come true, trust me, you can make them come true.’ Things like that, that resonated with me as a kid. I thought I wanted to be like her one day.”

As she grew older, Rich began composing her own music, making room to also cover her role models in sets that she performed in both English and Xhosa. She released two albums, The Journey and Eyodidi. Along the way, she also met her husband, an American from Boston who was backpacking in South Africa.

A few years ago, Rich and her husband came to New Haven. She said she chose the city with no knowledge of Connecticut, moved by a road sign that suggested the place could be a "New Haven" for her and her family. In summer 2015, she saw South African musician Angélique Kidjo take the Arts & Ideas main stage, drawing thousands as she belted the night away on the city's historic green.

Inspired, Rich began applying to perform for gigs in New Haven, and on the Arts & Ideas main stage. But every time, she said, the festival rejected the submission.

“They were like, ‘Ah, we don’t know you. Who are you?’” she recalled. “Which is understandable. So I figured I’d work my way up.”

Three years ago, she applied to perform at neighborhood festivals in Dixwell, Fair Haven and the Hill. She scored spots at all three, rocking them in 2016 and then returning to the stage in Fair Haven the following year. In the crowd from the very start, Festival Co-Director Chad Herzog saw her singing, and approached her to ask why she wasn’t on the main stage in the first place.

“This guy comes up to me and says, ‘hey, what are you doing here?’” she recalled. “And I thought to myself, what am I doing here? Because I have been applying, right? And I knew what he meant by that.”

“From the moment I first saw Thabisa perform in May of 2016, I knew then that I wanted to see her on the Festival main stage,” Herzog wrote Tuesday by email. “Her energy, voice, and presence speak directly to the Festival and our audiences. It is always special to bring amazing artists to New Haven, it is even more special to bring incredible artists living in New Haven to the world.”

This Saturday, Rich said she plans to perform both old and new work (her third album is forthcoming next year) and also use music as a platform to discuss racial and socioeconomic tensions, immigration, police brutality and her own reality in New Haven.

While her music is a platform for joy—with Mama Miriam on her shoulder, it’s hard not to be—she noted that her performances are also a chance to engage in discussion.

“I’m a singer, a young Black mom, who is also an immigrant,” she said. “And the thing I’m trying to figure out is how does song, culture and immigration work together?”

In addition to headlining on the main stage, she is applying for funding that would allow her to perform in schools and community centers as a call to action. It’s about catalyzing discussion, she said—starting with one of the most basic, oldest forms of human expression. And one that she can’t do alone.

“It’s gonna be amazing,” she said. ”I know it’s Thabisa—me. But no person makes it alone without other people lifting them up.”

To listen to Kaatje Welsh's accompanying podcast, click on or download the audio above. Thabisa performs this Saturday, June 8, on the New Haven Green at 7 p.m. as part of the International Festival of Arts & Ideas. Further information on her upcoming performances is available on her website or on social media, where she has the handle @thabisamusic.