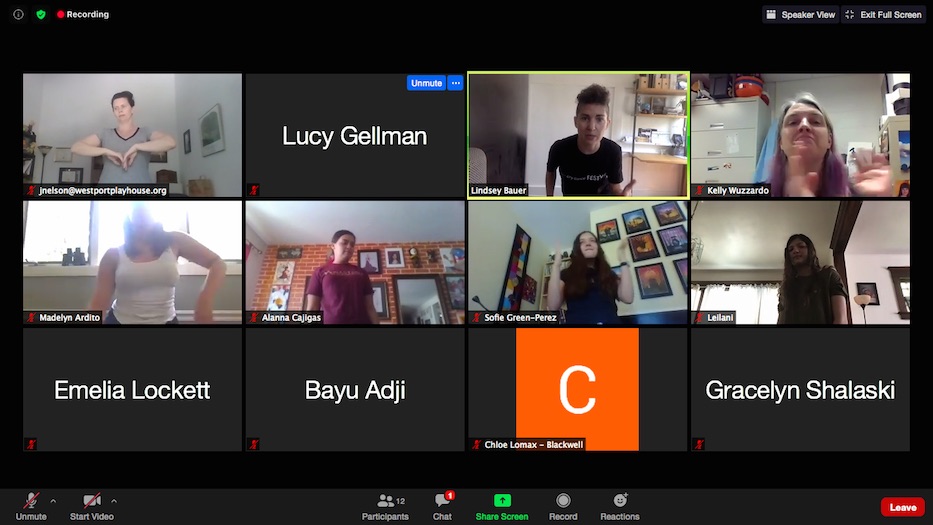 Music blasted through the screen, students leaning into the melody. A beat dropped. In eight one-inch boxes, standing bodies leaned forward and rolled back. Spines swayed in S-shapes. Arms reconnected to shoulders. Knees lifted and acquainted themselves with waists and elbows. Feet flexed and unflexed. Four of the boxes remained black.

Welcome to T.H.R.I.V.E (Teens Having Resilience in a Virtual Environment), a new summer camp that sits at the intersection of arts education, mental health, and access to summer activities in the midst of a global pandemic. The program is a collaboration among Long Wharf Theatre, the Shubert Theatre, and Westport Country Playhouse, free for the students participating in its first cohort. It concludes with a virtual talent showcase on August 14, emceed by Broadway actress Kelli O’Hara.

The program was born earlier this year, as educators at each of the three participating theaters watched student theater—and professional theater—go dark overnight. At the beginning of March, over a dozen school plays were still in rehearsals across the state, including at least three in New Haven and one in Hamden. By March 12, schools were closed. Plays were postponed or cancelled entirely. Students went from seeing each other—and their teachers—in a classroom to seeing their peers on a screen.

“We were really thinking of those students as well as our high school students, and trying to get a sense of what they might want and need,” said Madelyn Ardito, director of learning at Long Wharf Theatre. “We actually started to have conversations with these young folks, and we wanted to know how COVID was impacting their lives.”

Over and over again, they heard the same concerns. Without physical school, students had no schedule. They were staying up into the wee hours of the morning, and then sleeping into the early afternoon. They had trouble staying motivated when everything was mediated by a screen, sometimes with multiple siblings in the house. And they “were really hungry for interaction with other students and new opportunities and experiences,” Ardito said. 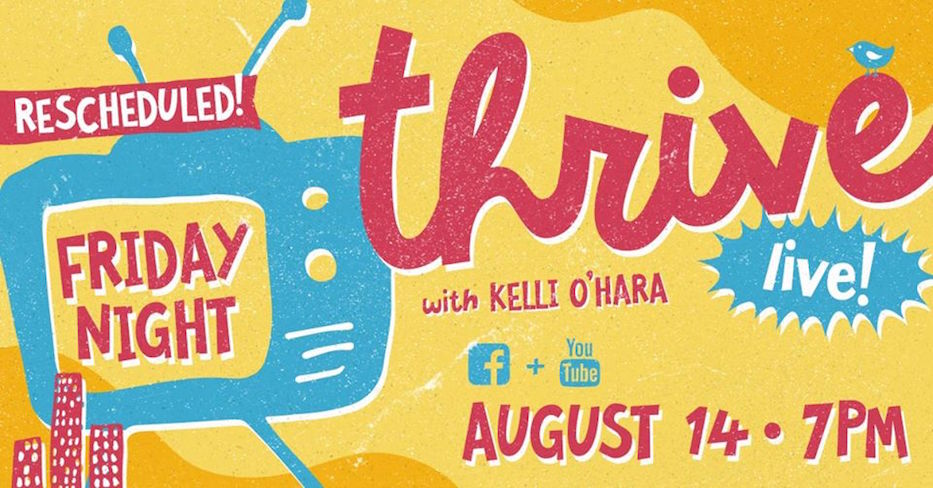 Ardito joined forces with Kelly Wuzzardo, director of education and engagement at the Shubert Theatre, and Jenny Nelson, director of education and outreach at Westport Country Playhouse. Together, the three came up with a formula meant to respond to student needs: a free, online summer camp offered three days a week, with meditation, group activities, and time to check in with staff and with each other. In addition, they took on three students from New Haven’s Youth @ Work program, which employs students during the summer months.

For morning meditation sessions, they partnered with Thema Haida of One Village Healing. They designed afternoon workshops on poetry, standup comedy, culinary arts and mask design with Isaac Bloodworth, Mina Hartong, Mildred Ruiz-Sapp and Steven Sapp of UNIVERSES. Tanya Harris, a nurse and owner of Mama Mary Soul Food, held a virtual, interactive workshop on how to make banana pudding and a COVID-19 question and answer session. The group learned about access to mental health services and tapped into peer-to-peer support.

“Our hope is that every day, we had moments of zen, moments of joy, and moments of resilience,” Ardito said. “We’ve seen a lot of mutual support along the way.”

On their final Wednesday afternoon together, campers logged on to Zoom from their computers and cell phones, the cohort suddenly smaller as power outages plagued hundreds of thousands of households across the state. Bauer, who is a co-founder of Elm City Dance Collective and an arts educator in the city’s public schools, started small: she asked students what they do to move even in quarantine.

On the Zoom call, nobody spoke. A fan whirred in the background of somebody’s room. But at the bottom of the screen, chat notifications began to roll in, as if the conversation had already started in nervous whispers at one corner in the room.

“I shake my leg when I walk,” chimed in Emelia Lockett.

“Stretching in the morning when I wake up,” Green-Perez sent back.

“I love dancing in my room alone!” Youth @ Work intern Bayu Adji exclaimed through the screen, breaking the silence.

Bauer nodded. She got the group on its feet, keeping her eyes on a virtual patchwork before her. Some squares shifted and blinked to black; others intermittently froze. She urged campers to keep moving, whatever happened. When one student noted they were repeating too many steps, Bauer shook her head. No such thing, she insisted.

“Today, we’re just gonna explore a little bit of that,” she said. “We’re gonna notice what’s happening inside and just do it.”

She asked students to dance out an action that gave them peace, and another that made them smile. In a box on the left, Cooperative Arts & Humanities High School student Alanna Cajigas crossed her arms over her chest and released them so forcefully it looked like she was reaching out of the fame. Lockett lifted her journal and kept writing as she danced it out.

Leilani Rivera, a rising senior at Metropolitan Business Academy, extended her arms, drew them in close, and extended them again. Her hands folded and chattered, as if they were both tiny mouths. The chat exploded, transformed into a quiet cheer section.

Those friendships are part of the hope, Ardito said. Because the program is virtual, students join from New Haven, Hamden, Bridgeport and Fairfield. While some are friends—there is a contingent from Co-Op, for instance—many of them did not know each other before the beginning of the program. Now, they have a circle of support before a school year that is full of uncertainties.

Lockett, a rising sophomore at Hamden High School, said her life was knocked off its axis by COVID-19. Before the pandemic, she was in rehearsals for Little Women, in which she played Beth Marsh. The character is a hard one to master: Beth’s boundless, altruistic spirit literally kills her after she holds a baby who has scarlet fever.

When the play was cancelled due to the novel coronavirus, she moved past the parallels of the time (“at least now Beth doesn’t die,” she joked) and threw herself into distance learning. Her mom was the one to suggest Thrive after seeing that there was no consistency to her schedule.

“It helps add structure to the week, because COVID ruins everything," she said. "It helps me keep on track, and have a reason to get up earlier and do things every day, and plan out my days and have activities between classes. It’s really helpful too, to help me discover different arts that I enjoy doing.”

Lockett said she hadn’t considered herself an artist until part-way through the camp, as she discovered new art forms that included dance, music, and creative writing. During a poetry workshop earlier in the session, she realized she had a knack for the form. She plans to continue writing on her own this year, as she begins her sophomore year. Throughout Wednesday's session, her journal was never far from where she sat under a low ceiling.

Cajigas, who is one of the Youth @ Work interns, praised the program for the work experience it has given her. As schools and businesses shuttered in March, she watched her school’s performance of RENT disappear just two days before it would have premiered for an all-school audience. She saw peers losing their opportunities for summer work and worried that she would suffer the same fate.

Now, she does activities along with campers, and also manages the program’s Instagram and does some of its social media.

All of the educators said they hope to see the program continue beyond the summer months. Because the three theaters are working together, they have been able to pool funding to keep the program free, and supply gift certificates to students and their families. Nelson said she isn’t sure what’s coming next, but “this is not the end of T.H.R.I.V.E.”

“It is not an easy time in theater and the arts,” added Wuzzardo. “We all have an enormous amount of stressors, and so I think it’s been just as rewarding for us. Teachers miss their kids as much as kids miss their teachers. When we do summer camps, I know that they’re safe. And so for me, that’s been really upsetting—to not know if they’re okay, not know where they are, not know what’s going on in their lives. This way, we get to check in on them.”